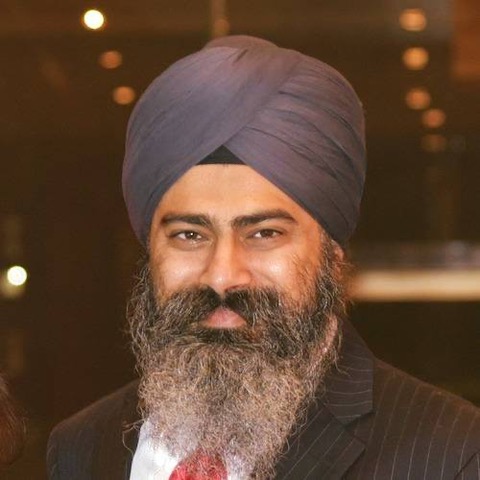 Can you tell our readers something about yourself?

I am a social entrepreneur with a passion for tackling contemporary issues, while understanding their historical antecedents. I have co-founded several non-profits, including the Sikh Coalition, the largest Sikh civil rights organization in North America. I was also formally trained as a scholar and like to use my scholarship as a tool for activism. Furthermore, I have founded successful startups in AI and blockchain space, and understand the importance of building organizations that can thrive in a competitive business environment. Recently, my online course on Sikhi published by Harvard has seen thousands of enrollments. I am also passionate about working with the media and helped CNN’s W. Kamau Bell create the first hour-long episode on the Sikhs that appeared on national television in America.

What did you study at Harvard?

O Varis Shāh, if there is no thirst within,
Then don’t mess with the sharbat bottles.
—Hīr Vāris Shāh (1766)

This abandonment of searching comes from weakness, not contentment.
We are a burden on the resting-place of manly courage.
—Mirza Ghalib (d. 1869)

I had a successful career as a technologist on Wall Street but I came to Harvard in search for something deeper.  I received a Master of Theological Studies at Harvard Divinity School and was subsequently awarded a PhD degree by the Committee on the Study of Religion within the Faculty of Arts and Sciences at Harvard.  My dissertation was a comparative study of the formation of religious identities—Sikh, Hindu and Islamic—in the Mughal Panjab.  I approached this question through the lenses of literary cultures by investigating how each of the three aforementioned religious communities engaged in literary production and made important choices that gave them self-definition. For example, in the Mughal period, Hindus—Nath Yogis, Vaishnavas, Shaivas, and others—stopped writing in Sanskrit and embraced Hindavi, while eschewing the use of Panjabi. Depending on their physical location, Hindus employed multiple scripts such as Gurmukhi, Devanagari and Sharada for writing their religious texts. Because Hindus made a conscious choice not to use Panjabi, the literary culture that they created was very different than the ones developed by Islamic and Sikh communities of the region. Muslims exclusively used the Arabic script, which was inextricably tied to Islamic identity, for literary activity in Panjabi and other languages.  Muslims, unlike Hindus and Sikhs, rejected the use of Hindavi and local scripts.  Many genres such as the qissa, which were developed by Muslims, were modeled after Persian ones in their structure. Unlike, Hindu and Islamic literary cultures in which language choice became important, the Sikh literary culture employed a wide range of Panjabi and Hindavi dialects for textual production, but almost exclusively used Gurmukhi (the script of the Gurmukhs or Sikhs).  In contrast to the broader Hindu community, it was the script and not the language that gave Sikhs self-definition.  Gurmukhī, which quickly gained prominence in the Panjab after its adoption by Guru Nanak and his successors in the sixteenth century, served as an important symbol in defining the Sikh community.  These are just some of the issues that I explored during my doctoral work.  My teaching at Harvard has continued to explore these issues in courses on literary cultures and religious nationalism in South Asia.

How was your experience studying at Harvard?

I started by studying classical languages: Panjabi, Persian, Sanskrit, Arabic, Urdu, Brajbhasha, Awadhi, along with theological German and French.  Language study, while challenging and time consuming, is also the most rewarding. It opens up doors to many different cultures that were earlier inaccessible.  For example, while studying Persian we read remarkable works of poets such as Hafiz and Sa’di. This gave me much confidence to approach Guru Gobind Singh’s Zafarnamah, which uses the same musical meter as the Shahnamah of Firdowsi.  In Sanskrit, we were fortunate to read a large corpus of literary works ranging from poets such as Kalidasa to literary theorists such as Anandavardhana and Abhinavagupta, who debate how poetry and drama ought to be composed and the ways in which they impact their audience.

Apart from academic study at Harvard, my scholarly work took me to archives in London, Lahore and cities across India.  I am immersed myself in languages at different centers of learning.

Tell us about your association with The Sikh Coalition.

The 9/11 attacks had a profound impact on the Sikhs than any other community in the United States.  For a few days following the tragedy, I became one of the points of contact for the Sikh community in New York, which was confronted by racism and hate in its worst forms.  For instance, I was called upon when the police would not register the case of a Sikh cab-driver who had been shot in Manhattan or when a Sikh was arrested for wearing the kirpān.  At the time, no Sikh organization existed that had a civil rights agenda. I co-founded the Sikh Coalition to give representation to the Sikhs. The Coalition today has grown to become an important organ of the Panth with robust legal, advocacy and educational programs. Currently, with $2 million in annual budget supported largely by the Sikh community at the grassroots level, the Coalition is by far the largest Sikh non-profit working on behalf of the Panth. See the following 2019 newsletter to see the breadth of initiatives undertaken by the Coalition.

2019 Sikh Coalition Year in Review by singh on Scribd

What is your role in Nishkam TV?

I am on the Advisory Board and my children are also active contributors at Nishkam TV.  It is a privilege to see this organization grow.

Nishkam TV is 6 months old now. What are your expectations from the kids of Nishkam TV?

Engagement with the media is important in today’s age. We need to create our own content that reflects our values so that we are not influenced by others who may not share our perspectives. Nishkam TV is giving important tools to Sikh youth to express themselves in a contemporary medium. It is my hope that our youth find their own voice and are able to articulate Sikh issues to their peers and non-Sikhs alike.

What’s your vision for Nishkam TV?

Nishkam TV is a wonderful initiative with several interrelated objectives. The first one is to instill creativity and imagination in Sikh youth, enabling them to translate their ideas into new forms of content.  The second is to enable our youth to discover the possibility of careers in professions in which Sikhs are largely unrepresented—broadcast media, journalism, marketing, advertising. Even YouTube entrepreneurship can become a career option that can launch people into mainstream careers.  The third is to provide leadership and technical skills that come from facing a camera or taking responsibility for the production of an episode.  If Nishkam TV is successful at these objectives, it would not only become an important platform for giving a voice to Sikh perspectives but also become a major Sikh media institution with thousands of alumni who understand how to leverage media in their professional lives.