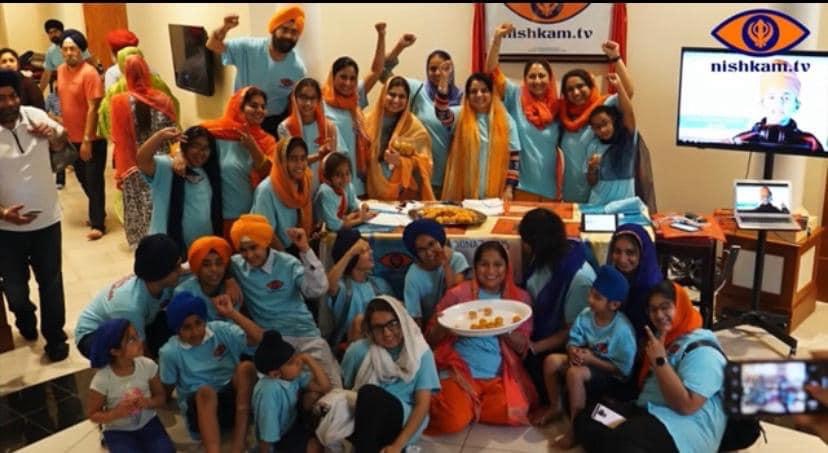 By: Harneet Kaur and Agamjot Kukreja

“Whatever thou has to do, now is the time for that. Otherwise thou shall not be ferried across, and shall repent afterwards”

With more than 25 million Sikhs around the world carrying the beliefs given by our Gurus, the time has come when the Sikh world needs to come together as One community to control our own destiny. As Bhagat Kabir says in his Shabad, NOW, is the time to act and move forward. To pave a path for our upcoming generations with the light of love, respect and reverence for humanity as ONE.

That very thought and spirit gave birth to Nishkam TV – an audiovisual medium that would enable our youth to put these beliefs in practice and take the torch forward. On June 22, 2019, Nishkam TV-The first-ever Online TV channel run by Khalsa School students in the USA, was launched to pave the way for the Panth’s future. Harbaldeep Singh, founder, and mentor of Nishkam TV and Film Neev created this platform as a result of his deep-rooted passion with filmmaking and television production while engaging the youth. Nishkam TV members are divided into seven teams: Production and Operations, Content Writing, Talent, Website, and Newsletter (Suneha), Social Media, Marketing, and Production Design. Each team consists of a team lead, vice team lead, and supporting team members. They are also supported by youth representatives (students in college or recent graduates). Parents supervise them as Team Advisors who guide them from idea generation to the release of actual content. The very first video produced by Nishkam TV is ‘Chal Seva Kariye’, which explains the concept of Seva (service), Simran (reminiscence), and Sangat (community).

Members of our channel are fortunate to have access to a sound-proof studio located in the media room at the Westborough Gurdwara Sahib. Since the launch in June, we have gained 838 plus subscribers on YouTube, 2,297 followers on Facebook, and 779 followers on Instagram.

In the past year, this newsletter Suneha, which means Message, has reported on our numerous achievements. We were also able to stream weekly live kirtan and special virtual Vaisakhi, Gurpurab, and end of the year Diwans through the channel as Khalsa School became virtual due to the Pandemic. Thank you to everyone who has contributed to the tremendous strides Nishkam TV has made in just its first year.