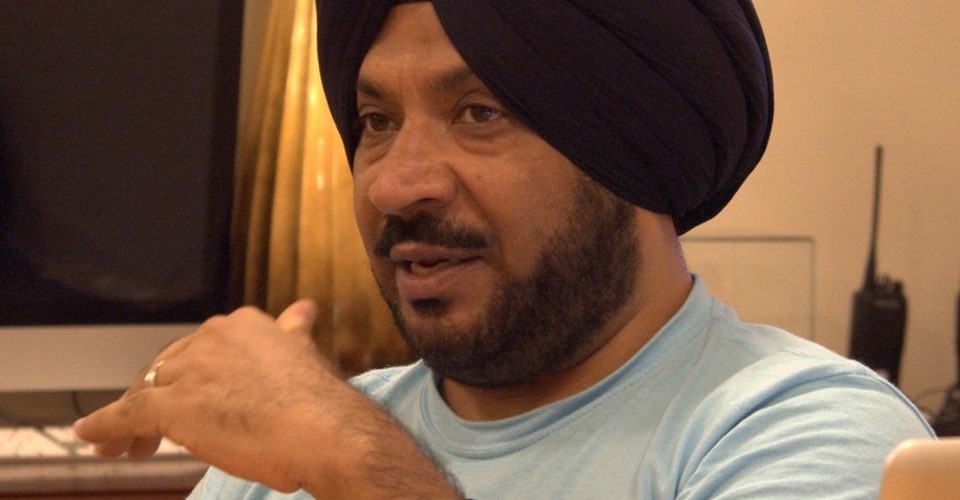 Q: First, can you tell our readers about yourself and how you became part of Nishkam TV?

A: When I was growing up, I always felt fascinated by moving images of Film and Television. I was curious to know more about the mechanics of Film and Television production. With time coming closer to choose a career path, I broke the news to my parents that I want to go to Film School (Pune Film Institute in India). As expected, it solicited a big no-no from them. Reason being film industry considered an exercise in vain, given the world of materialism and pragmatism. I had to cave into my parents’ wishes to join the time-tested field of engineering catapulting me to America. But as the cliché says, it was a blessing in disguise, as I realized my dream of getting film education from America.

By training, I am an engineer. I did my B. Tech in Computer Science from India. After working as a software engineer for ten years, I decided to leave my job and pursue my passion. I did MFA in Film and TV Production and ventured into the world of filmmaking. After trying few years in the film industry, I combined my strengths of Computer Science and Filmmaking and worked as a Product Designer for a well know company Avid Technology, makers of software and hardware tools used by Hollywood and every major TV studio. I believe when you combine your formal training with your passion – magic happens. While working at Avid, I got 62nd Primetime Emmy Award (2010) for inventing a media technology used extensively in Film and TV Productions. I also received a US patent (US 20120257877) for creating a video streaming technology for non-linear editing software.

Later I did an MBA and co-founded a media company Tubifi. It was not a success. But my education in Science, Arts, and Business has enabled me to learn the required skills for the media industry. An industry that is predominantly Business and needs Art and Science of storytelling. I am so glad I am part of these ventures, where my passion is aligning with my educational background

Q: What inspired you to create Film Neev and Nishkam TV?

A: Teaching is in my DNA. My parents and my sister are teachers. I founded Film Neev and now Nishkam TV to provide a platform for students who aspire, pine, and feel themselves cutout for the highest pinnacle of glory in the domain of various genres of filmmaking and TV production. I love teaching kids, and I call myself lucky to be passing what little I know about this craft to our future generation.

I have a very supporting wife, Rajni Singh, who always encouraged me to follow my passion. She is my backbone and a lot of credit goes to her for what I have accomplished in my life.

Q: How would you describe Nishkam TV?

A: Nishkam TV is a first-ever online TV channel run by Sikh students in the USA with the mission of promoting interaction between different faiths and cultures to bring us closer as one humanity and enhance our lives. This TV channel will be run exclusively by students and will be available online on our website (www.nishkam.tv) and on our YouTube (Nishkam TV), Facebook and Instagram social media channels.

Q: What is the mission of Nishkam TV?

A: This TV channel is a media initiative of New England Sikh Study Circle (NESSC), a non-profit organization, which was established in 1968 to serve as a Sikh center for spiritual growth, political understanding, community activism, and social gathering. Nishkam TV is based out of NESSC Sikh Gurdwara (Sikh Temple) in Westborough, Massachusetts, USA. NESSC runs a Khalsa School with the humble mission to provide comprehensive education and skill-building in the areas of Gurmat Sangeet (Spiritual Music), Gurmukhi/Punjabi (Language Arts) and understanding of Sikh history and culture. In the last few years, we were missing a critical component of having an audio-visual medium of teaching students. To fill this gap, the Khalsa School incorporated a film program named Film Neev (Neev means foundation) four years ago to allow students to express their ideas through the creative outlets of visual storytelling that talked about principles of Sikhi as they apply in our lives today. You can find more information about our program by visiting http://www.filmneev.com. In the last three years, we have trained more than fifty students in all aspects of filmmaking (Screenplay Writing, Cinematography, Lighting, Acting, Editing, Sound Design, and Directing).

Nishkam TV is the next step in that evolution by providing students a platform with the mission-centered around providing wholesome media content through the Sikhi lens regarding selfless service, building dialog, increasing understanding, and promoting interaction between different faiths and cultures to bring us closer as one humanity and enhance our lives.

Every program at Nishkam TV brings selfless service to life. Team members enjoy what they do and use their gifts in service to the community in which they live, knowing as one humanity, it is together that we are the strongest. All effort is considered team effort in much the way sports teams give credit to the team and do not highlight their personal achievements.

Q: Tell us Nishkam TV by numbers? How many students? How are teams structured?

Nishkam TV is run exclusively by the student body comprising of seven teams – Content, Production, Talent, Website and Newsletter, Marketing, Social Media, and Design. Students can join each group based on their interest level. Each group is supported by two adult team advisors and youth representatives. Youth representatives are students who are currently in college or graduated.

We currently have three mentors and an eight-member advisory board.

Q: Why do you call it Nishkam TV?

A: Well! I did not. Students picked a list of names like Soorma, Rab Rakha, Sant Sipahi, Naunihal, Keerat, Vichaar, Sikhee Sabres, and Nishkam. They did the online voting, and Nishkam TV was the winner. In retrospective, I think this is the perfect name as it means Nishkam Seva or Selfless Service for the community as being their much-needed media voice.

Q: What were the complications of establishing the platform?

A: I won’t say there were any major complications establishing this platform. We had the whole community and parents supporting this initiative — the only challenge for non-profit organizations are funds. Everyone is volunteering their hours, but Film and TV Production needs huge investment in buying equipment. In the last few years, many patrons have supported us by donating to this cause. Today, we have a full sound-proof studio equipped with five video editing stations, high-end cinema cameras, lighting and sound equipment, and other gear needed to make high production film and TV content. Nishkam TV is a non-profit 501(C) organization and all donations are tax-free. You can always donate to this cause by going to our website.

Q: What goals do you have for the future of Nishkam TV?

A: We are building a complete infrastructure to provide students state-of-the-art facilities to produce programs. We recently finished building a soundproof studio to record shows, editing suite with software’s like Davinci Resolve and Final Cut Pro and sound stage. Our next project is to install ceiling studio lights to make the production process easier and productive.

On the programming side, our plan is to continue in the spirit of Nishkam to build bridges inside our own community in the community at large so that Nishkam TV content includes content from all faiths and cultures that are like-minded with the Sikhi lens with which our young Nishkam TV members view their world.

It is also our goal to keep a steady flow of young Nishkam TV and supporters by continuous mentoring of all that is required for Nishkam TV to continue to grow and thrive in the future.

Q: Have you considered going on a tour on the East Coast with some members and promoting the concept of Nishkam TV at Gurdwaras?

A: Yes, we have got a very positive response from other Gurdwaras not only on the east coast but across the USA. We are in talks with few Gurdwaras how we can incorporate Nishkam TV with their current Khalsa School. Sikh community is feeling a need for the common media platform, and Nishkam TV can help fill this gap.

Q: What are qualities that you have that help you as a leader?

A: This is a loaded question, and many books have written on how to be an effective leader and leadership style. But for me, first and foremost, you have to believe in yourself and lead with an example. If I have to pick one leadership style, I believe in servant leadership philosophy that can be summed up as “Do those served grow as persons?”. As a leader of this initiative, my goal is to serve. To serve the community by bringing them together as one voice. To serve our future generation by teaching them to be effective leaders. To serve and tell stories of rich Sikh culture and history. To accomplish this, I need to put the needs of the students first and help them develop and perform as highly as possible. Being a servant leader also makes you humble to serve. To sum it up, I will say being trustworthy (humble, honest, and confident) and credible (delivering on my past promises) are some of the qualities that have helped me as an effective leader.

Q: What is your advice for the youth of Nishkam TV?

A: I want to see these kids as future leaders. To be effective leaders first, they need to become producers of content than mere consumers of content. This means instead of only watching films and TV as consumers; they need to learn this craft and, in the future, be a producer of content by telling their own stories. Film and TV production are the most collaborative art form, which means, like a painting, you cannot create visual content alone. To create visual content, you need a team. So, my advice to them is to learn how to be good collaborators, how to respect other ideas, how to be an effective team player, communicators, and writers. These soft skills will help them not only with film and TV production but in any field, they chose as their career path.

Q: What are some fun facts that many people don’t know about you?

A: Huh! A fun fact. I have acted as a lead in an English film “Perceive.” based on the life of Dr. Ramachandran (author of Phantoms in the Brain: Probing the Mysteries of the Human Mind). And after watching that film on the big screen, I was sure I look better behind the camera (laughs).

POSITIVE IMPACT OF CORONAVIRUS ON ENVIRONMENT

SIMRAN (the act of remembrance)